Six Inter-Provincial (IP) areas located in the commanding areas of major irrigation schemes are under the purview of the Extension and Training Centre of the  Department of Agriculture. Parts of the districts of Ampara, Anuradhapura, Hambantota, Moneragala, Polonnaruwa and Kandy are demarcated as Inter-Provincial areas.

Extension staff of the six inter provincial areas provide their services to farmers to enhance agricultural knowledge, improve skills and develop their attitudes towards the increase of National Food Production and uplift the living standards of farmer‟s by increasing their income.

The cultivated extents were decreased in both seasons due to scarcity of irrigation water in the tanks. Special attention is given to increase the cultivated extents of Other Field Crops during the year. Which include mainly Maize, Green gram, Groundnut, Gingelly, Cowpea, Soy bean, Chilly, Finger millet, Black gram, Big onion and Red onion were cultivated in six Inter-Provincial areas. 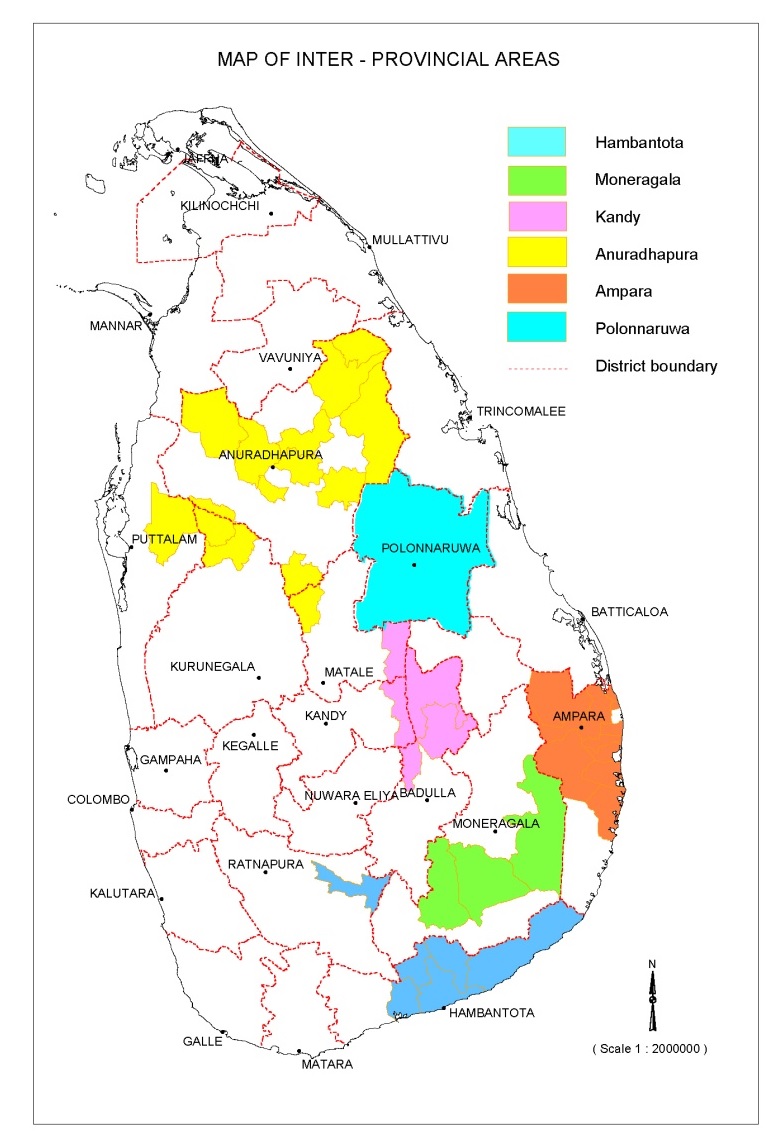